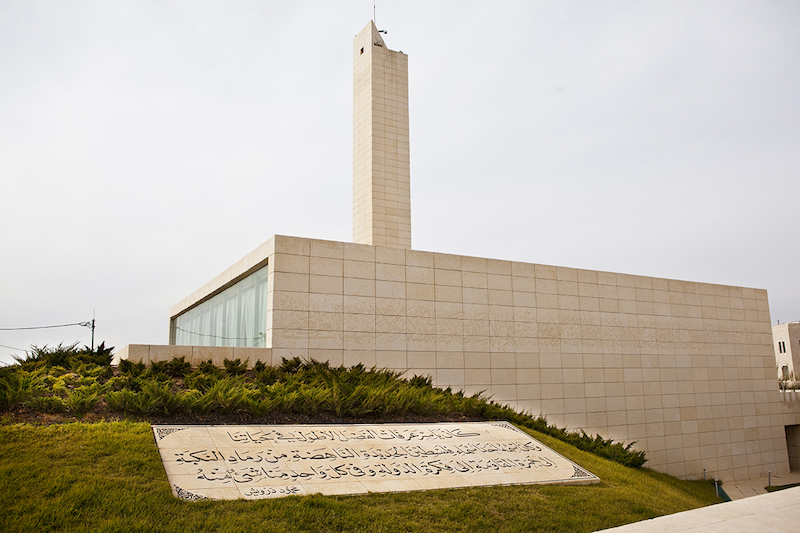 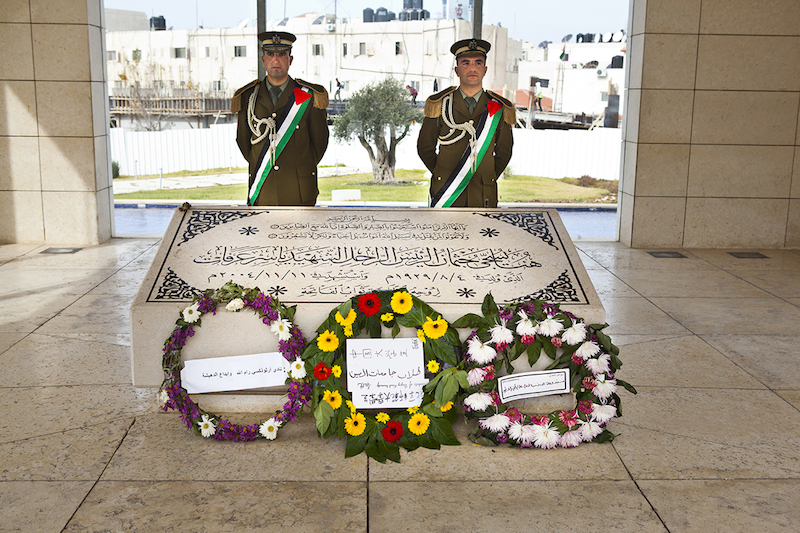 The compound is comprised of two city blocks and is identified by its white tower that is lit during the evening and visible from most places in the city.

Inside the headquarters is the main building where the Palestinian President meets with foreign and domestic officials and ministers. There are also two other buildings in the compound; a Mosque and a museum to honor the deceased Yasser Arafat.

Following the death of Yasser Arafat, at age 75, in November 2004, he was buried on the grounds of Al Mukata’a, the compound that served as his headquarters in Ramallah. Three years later, an elaborate mausoleum opened on the site. An honor guard stands watch at the Memorial, which attracts visitors from Palestine and abroad who come to visit Arafat's tomb.