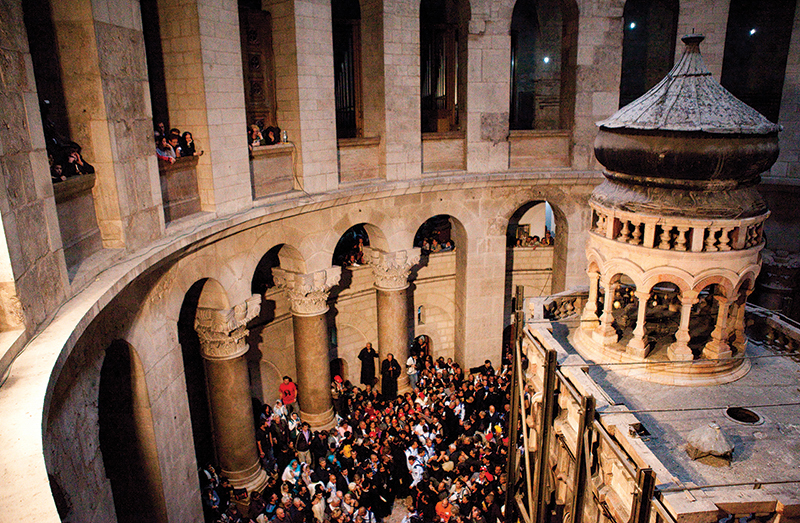 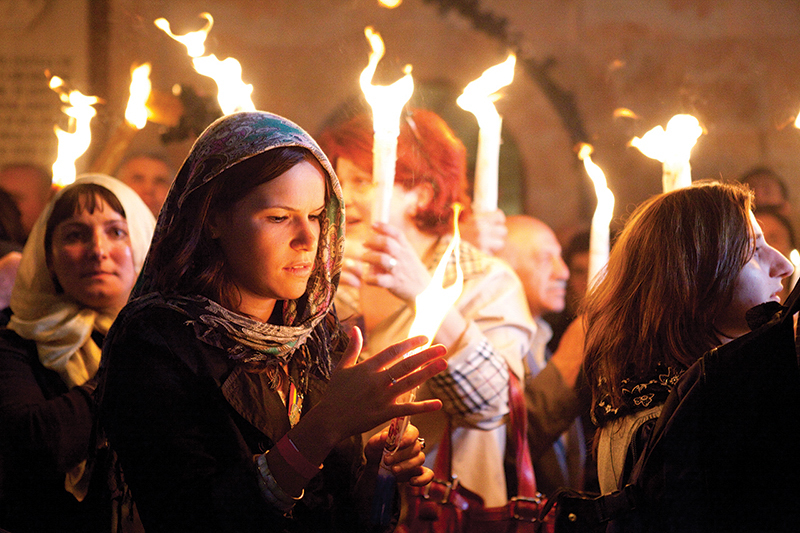 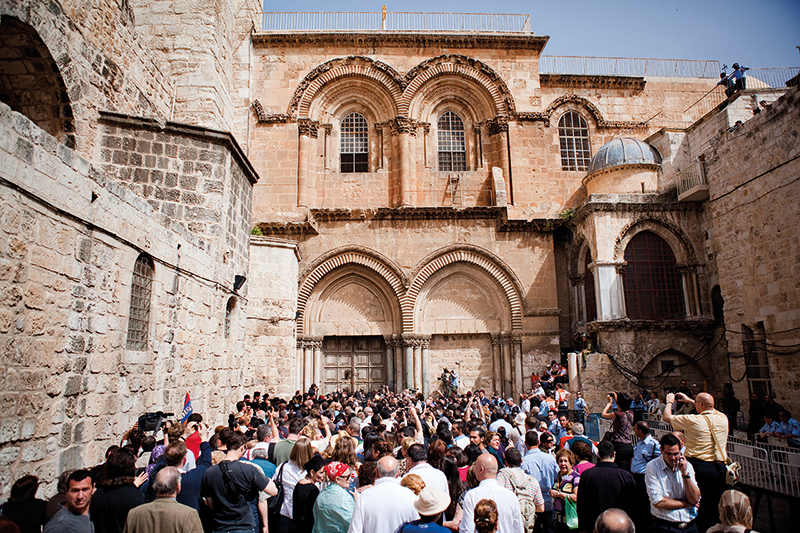 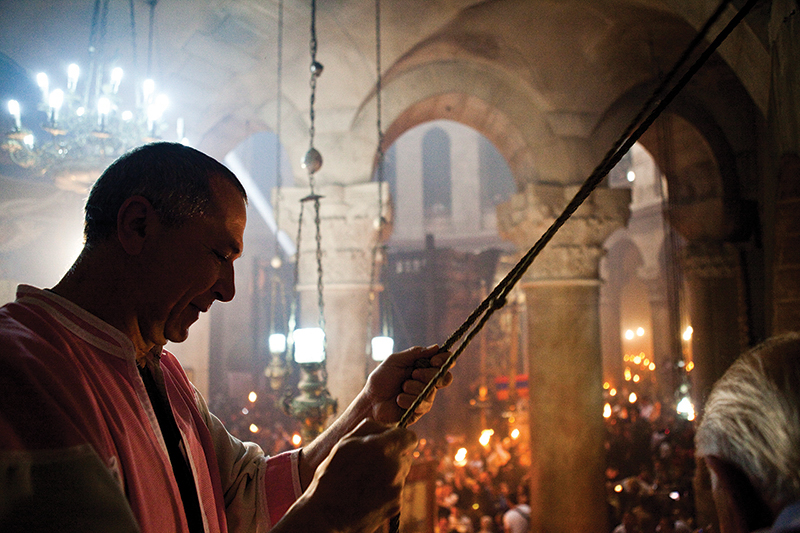 Church of the Holy Sepulchre

One of the most important sites in Christendom is the Church of the Holy Sepulchre, known in Arabic as Al-Qiyame, meaning ‘resurrection.’ The Church is built upon the traditional site of the Crucifixion and Resurrection of Jesus Christ. The original Church was built in 326 AD by Emperor Constantine and his mother Helena. Since that time, the Church has been partially destroyed and rebuilt. The original structure was destroyed during the Persian invasion in 614 AD, but was renovated in 628 AD, after the victory of Emperor Heraclius over the Persians. In 638 AD, when Jerusalem was taken by Caliph Omar Ibn al-Khattab, he was invited to pray in the Church but refused noting that if he had done so, his fellow Muslims would have turned the site into a mosque. Alternatively, he prayed outside the Church, where the Mosque of Omar stands today.

Inside the Church complex are the final five Stations of the Cross. These include the 10th Station, where Jesus was stripped of His garments. Here visitors can peer into the Latin Chapel through a special window. The 11th Station, on the Crest of the Golgotha, where a Latin shrine marks the spot where Roman soldiers nailed Jesus’ hands and feet to the cross. On Golgotha Calvary, a Greek Orthodox altar marks the 12th station where Jesus was crucified and died on the Cross. The 13th Station of the Cross, where Jesus was taken down from the Cross while the Virgin Mary stood nearby, is marked by a Franciscan altar. The 14th and final Station of the Cross is the Tomb of Jesus.

Today, the premises of Holy Sepulchre are divided between six Christian denominations, including the Greek Orthodox Church, the Roman Catholic Church, represented by the Franciscan Order, and the Armenian Apostolic Church. Since the 19th century, the Syrian Orthodox Church of Antioch, the Coptic Church, and the Ethiopian Orthodox Tewahedo Church have also shared the space. This complicated ownership agreement makes renovation of some parts of the building almost impossible, because any change could cause a violation of the status quo agreement between the Churches, and be seen to weaken the rights of one group or another.

Muslim families from the Old City of Jerusalem have been the keepers of the Church of the Holy Sepulchre for centuries. The Joudeh family has been the gate-keeper of the Church for several centuries and the Nusseibeh family holds the keys to the main door in the morning and evening.