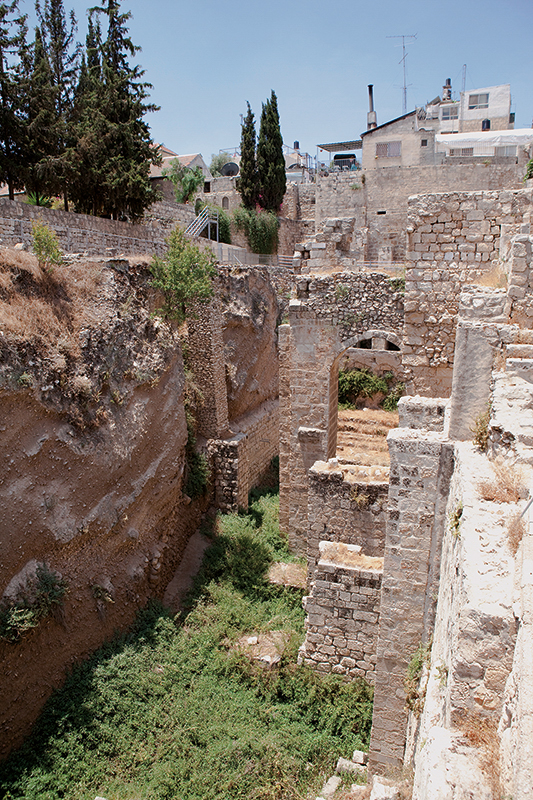 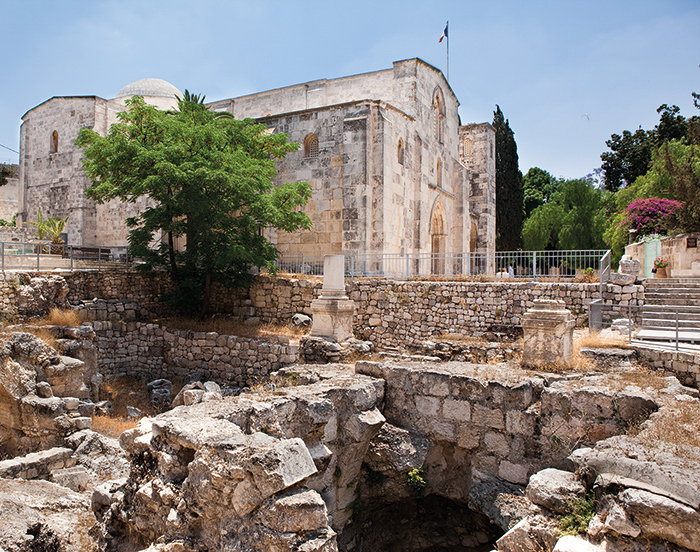 Located near St. Stephen’s Gate, the two large pools were originally built as part of a water supply system. Later, several grottos were dug up at the east end of the pools in order to provide water cisterns and baths to be used for medicinal and religious purposes. According to the Gospel of John, it was here that Jesus healed a paralytic man. Several Churches were built in honor of the miracles as well as to commemorate Mary’s birthplace, traditionally in this area. Next to the pools, stands the Church of St. Anne which was built by the Crusaders in 1130 and dedicated to St. Anne, Mary’s mother. However, it is believed that the actual pools have been venerated by Christians since the 5th century. At the entrance lies an inscription by Salah Eddin that recorded the conversion of the Church into the Salahiyaa Madarasa School in 1192. Then in 1856, following the Crimean War, the Ottoman Turks presented the site to Napoleon III in recognition of France’s support of the Empire during the war.

Currently St. Anne's belongs to the French government and is administered by the White Fathers, an order of the Catholic Church named for the color of their robes.