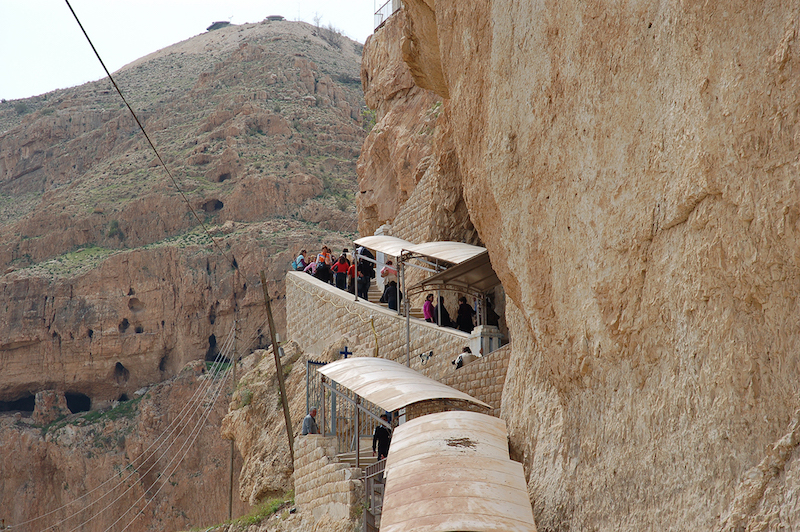 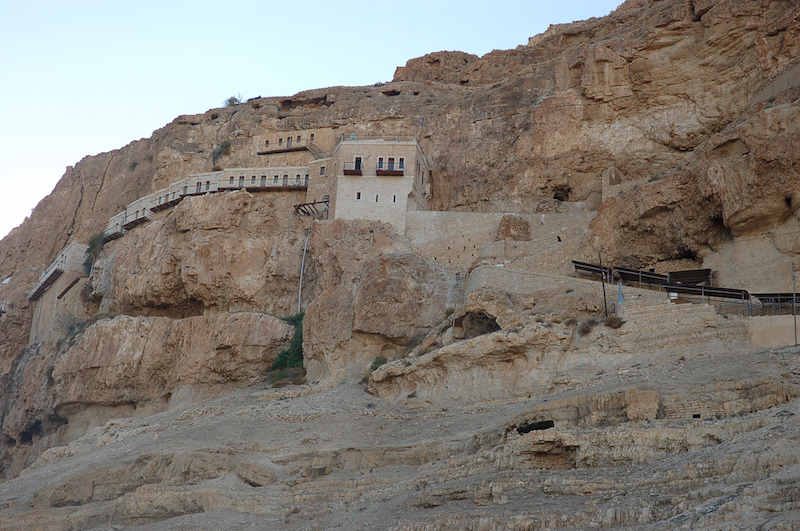 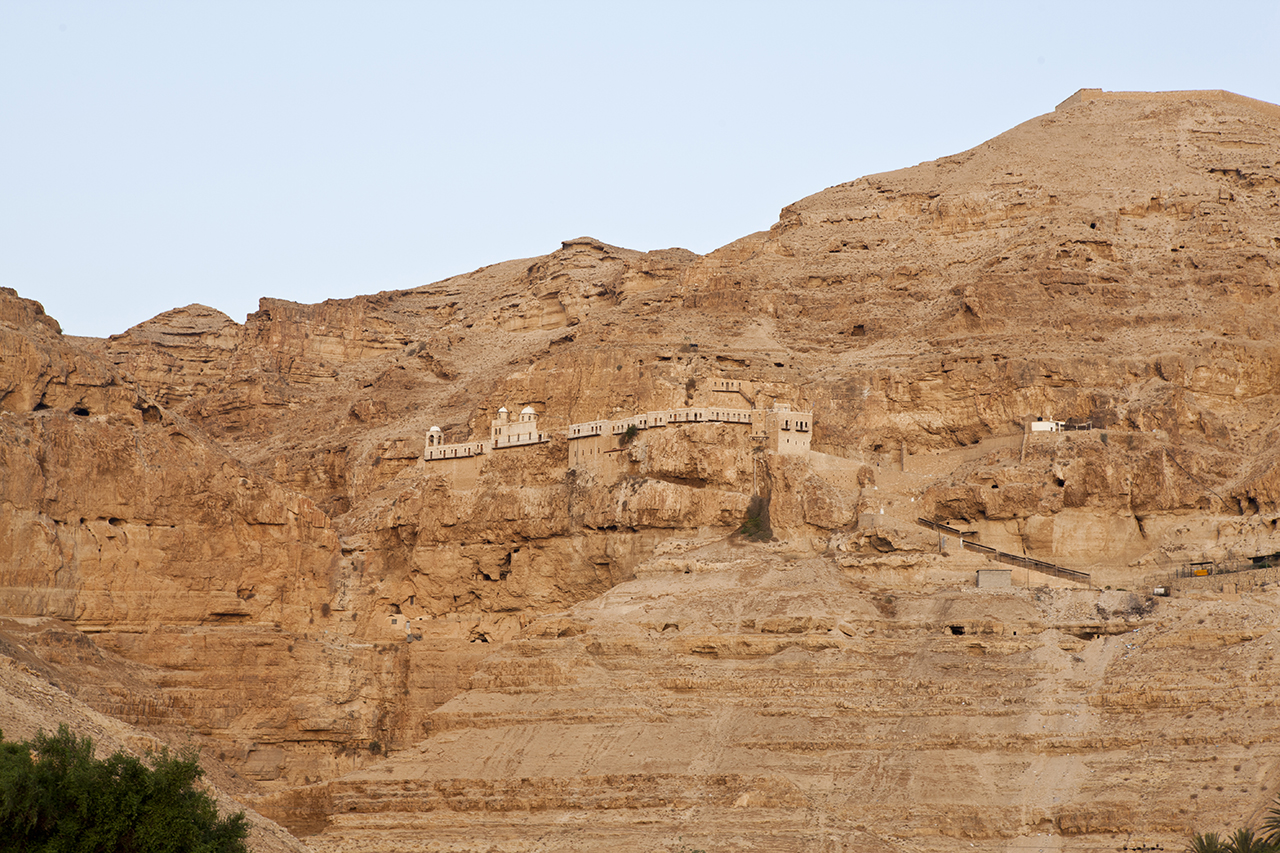 The Monastery of Temptation is traditionally considered the site where Christ was tempted by the devil during his 40-day fast. The place is also sometimes referred to as Mount Quarantania or Jabal Quruntal in Arabic. Both names arise from the Latin word quarentena meaning 40. The site is said to be identified by Empress Helena of Constantinople during her pilgrimage in 326 AD.

There is a Greek Orthodox Church that clings to the mountain’s sheer face about 350 meters above sea level. The earliest monastery was constructed on the site by the Byzantines in the 6th century. Crusaders then built two churches: one in a cave half way up the cliff and the second on the summit of the mount. In 1895, the Greek Orthodox Monastery was constructed around a cave chapel that contains the stone where Jesus sat during his fast.