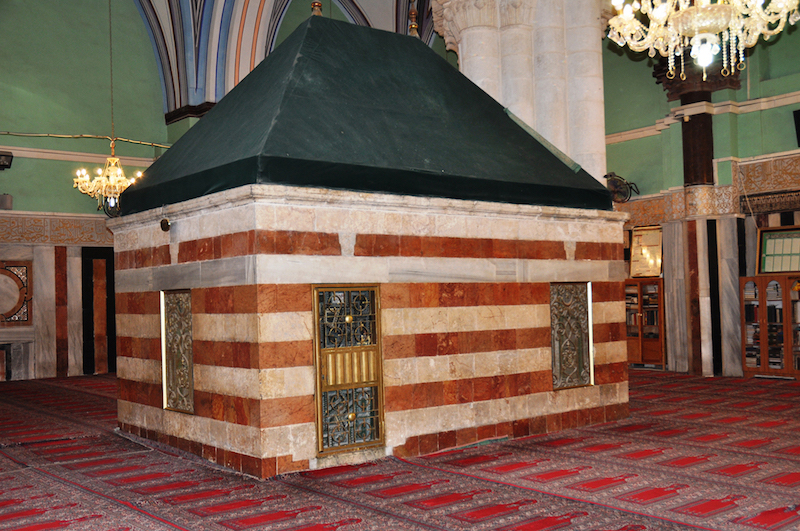 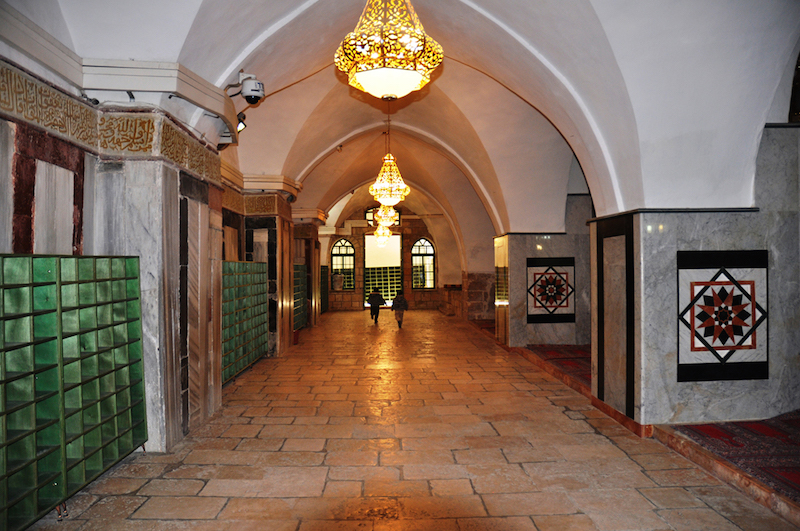 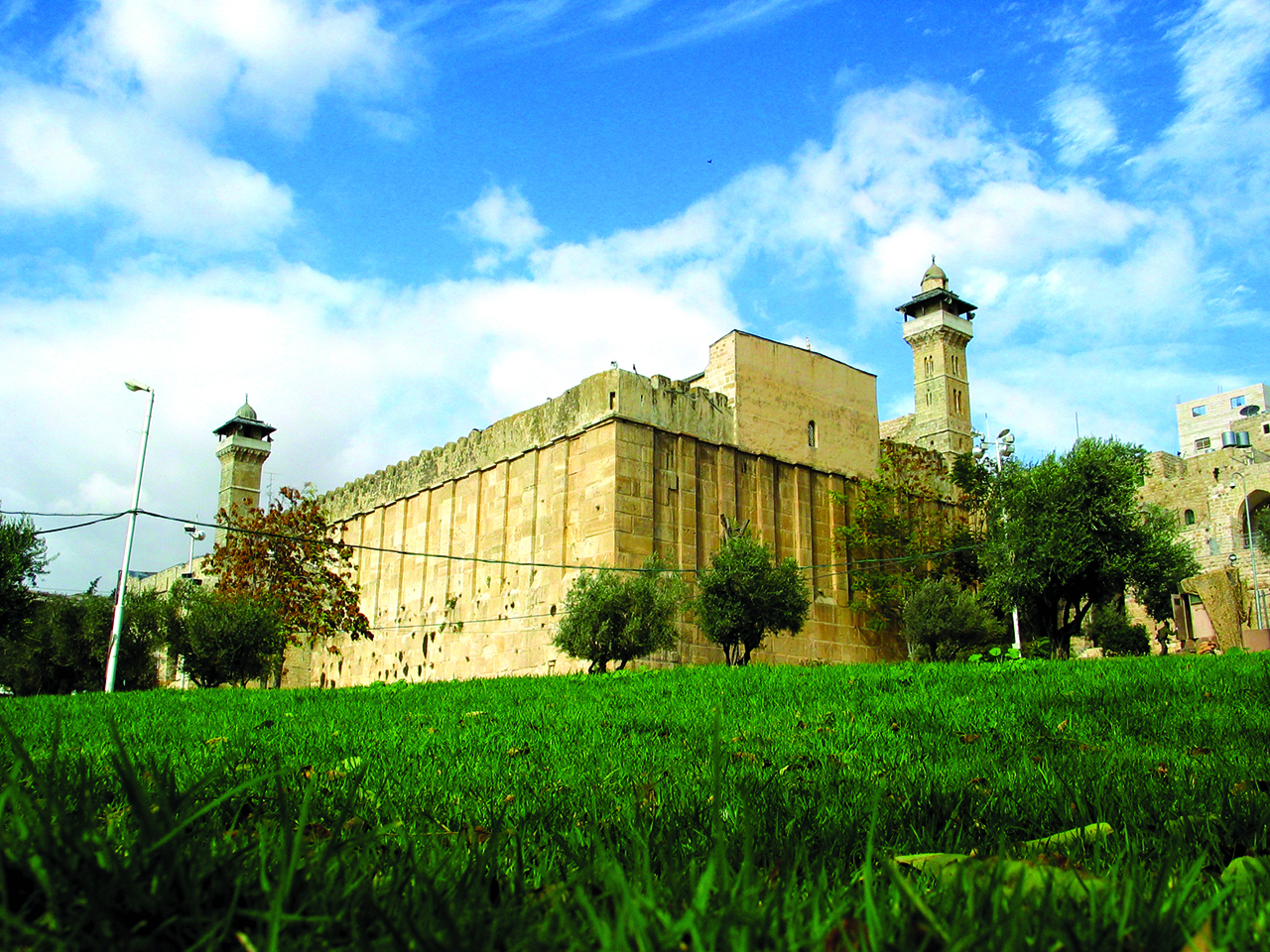 Phone Number: +970 2 2228213 / 2228251
Opening Hours: Daily; 7:30 AM – 5:00 PM . Note: The Mosque is not open to visitors during prayer times. The Mosque is closed on Fridays, the Jewish area is closed on Saturdays. Passports are checked by Israeli police before entering. When entering the Mosque, modest dress is required and women must cover their heads.
Address:
Old City, Hebron
Description:

Al Haram Al Ibrahimi (Sanctuary of Abraham) is also known as the Tomb of the Patriarchs or the Cave of Machpelah, meaning ‘double tombs,’ as the cave is designed with each two tombs paired together, side by side. It is the burial place of Sarah, where, according to Biblical tradition, Abraham bought land from Ephron the Hittite with four hundred shekels of silver to bury his wife (Gen. 23:15). The cave then became a family burial place, where Abraham, Isaac, Rebekah, Leah, Jacob, and Joseph were also buried. Later, Herod the Great built a large wall surrounding the cave. Religious control of the site has changed throughout its history.

The ruins of a Byzantine church, built inside the wall around the year 570AD, were converted into an Umayyad mosque in the 7th century. After the Crusaders conquered the city it was rebuilt again as the Church of Saint Abraham in the 12th century. Later, in the same century, the city was taken over by Sultan Salah ad-Din, and the church was reconverted into a mosque.