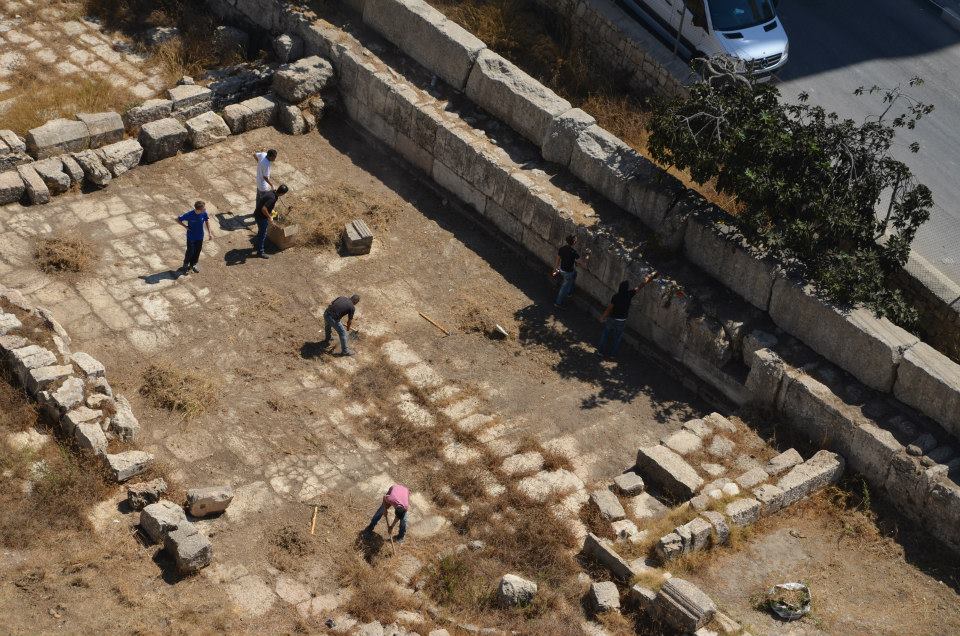 The site of Mamre, known in Arabic as “Haram Ramat Al Khalil”, is located approximately 3 km north of Hebron, on the ancient main road, today known as Al-Rama Street.

The Bible describes Mamre as Abraham's dwelling place, where Abraham settled after separating from his nephew Lot, and where he built an altar to the Lord (Genesis 13:18, 18:1, 23:19).

The visible ruins include a haram constructed by Herod the Great in the 1st century AD during the Roman and Byzantine periods. In the 4th century AD the building was replaced by a basilica which is noted on the Madaba Mosaic Map. It was later destroyed in 638 AD. Archaeologist E. Mader found some ruins from the Crusader period during his excavations from 1926-1928. The site was abandoned until the Palestinian Ministry of Tourism and Antiquities renovated it, and reopen it to the public.