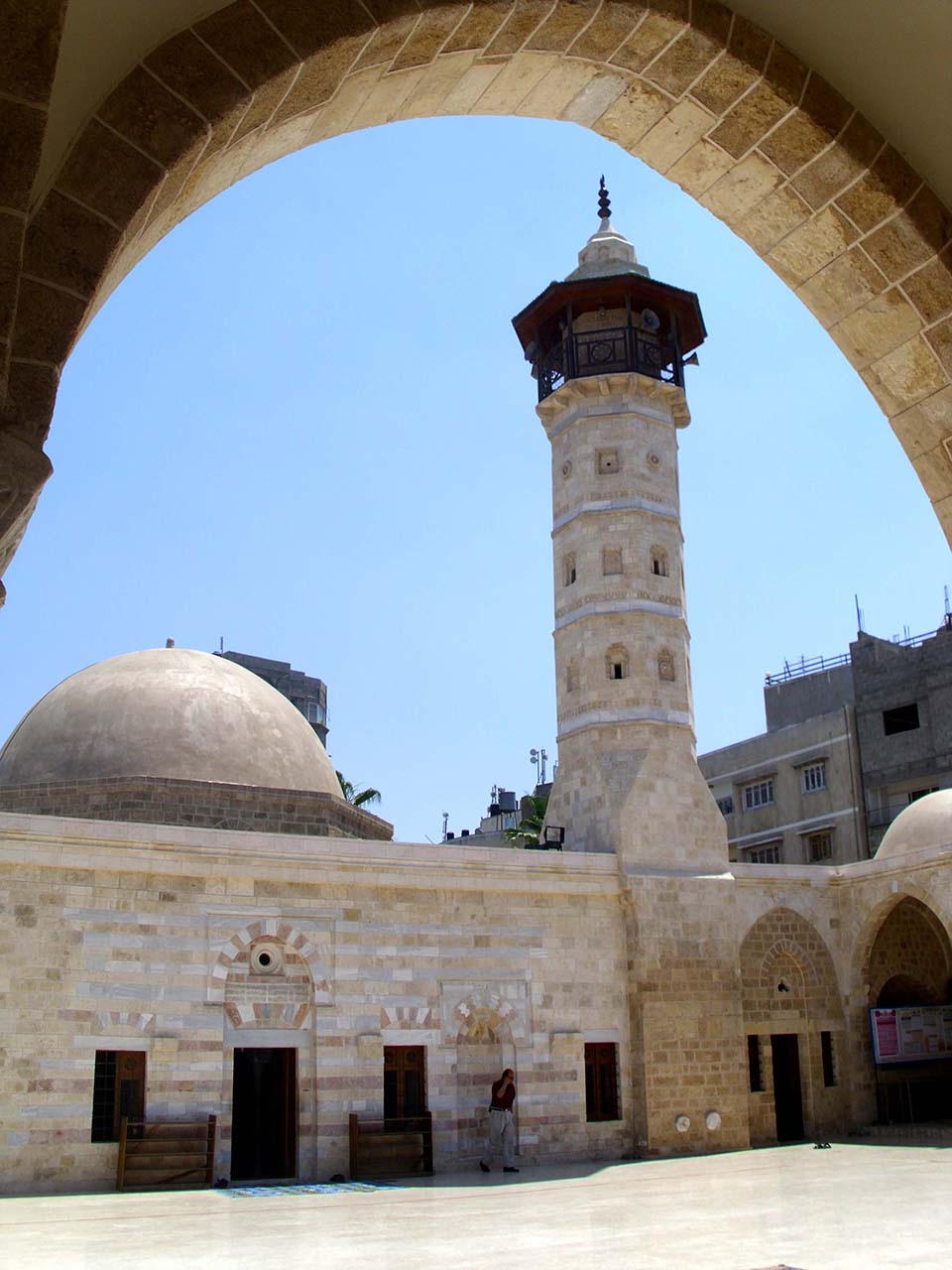 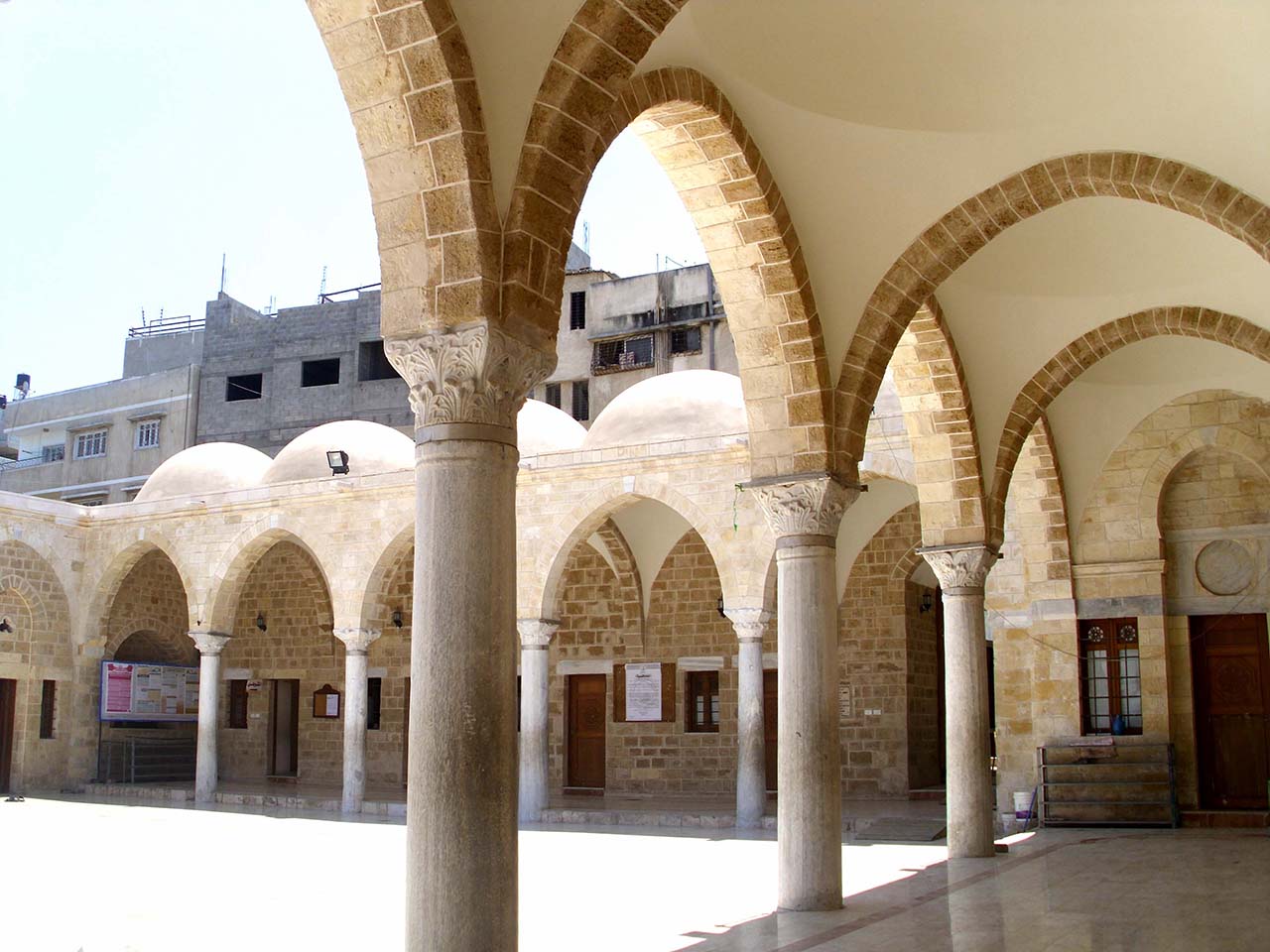 Opening Hours: The Mosque is closed to non-worshippers, but visitors can admire the façade of the building.
Address:
Al Darraj, Gaza City
Description:

Sayyed Hashim Mosque is located in Al Darraj District of Gaza City, and occupies an area of 2400 square meters. The Mosque was named after Hashim Ibn Abd al-Munaf, the grandfather of the Prophet Mohammed. It is said that Sayyed Hashim was a merchant who used to visit Gaza from the Arabian Peninsula, and after his death during a trip, he was buried in a cave beside the city walls, now the northwest corner of the Mosque. During the Islamic Era, the people of Gaza began to bury their dead in this vicinity in order to be blessed along with the Prophet’s grandfather.

A mosque has existed on the site since the 12th century; however, the current structure was built in 1850 during the Ottoman era, in the Mamluk style. It contains a central courtyard and an open square, surrounded by a place for prayer. The main hall of the Mosque is covered with semi-square shapes and has a platform directed towards the Kabba in Mecca. The stones of this building were gathered from old buildings demolished during the Napoleonic attacks, specifically from the Gaoli Mosque in the olive district and the Albulackhia site, from which five columns were brought to be used in constructing the Mosque. Other stones were brought from buildings in Gaza and Askalan.

The Mosque became an important theological center in the Muslim word and housed a large library and a school for education in the religious sciences, but it was bombed and large sections of it were destroyed during the First World War. It was renovated by the Islamic High Council at the beginning of the 1920s.