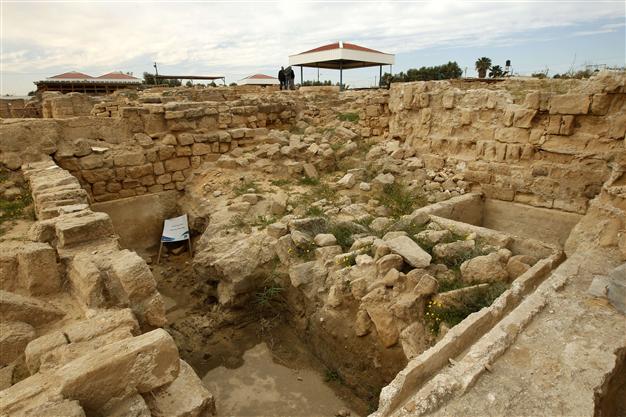 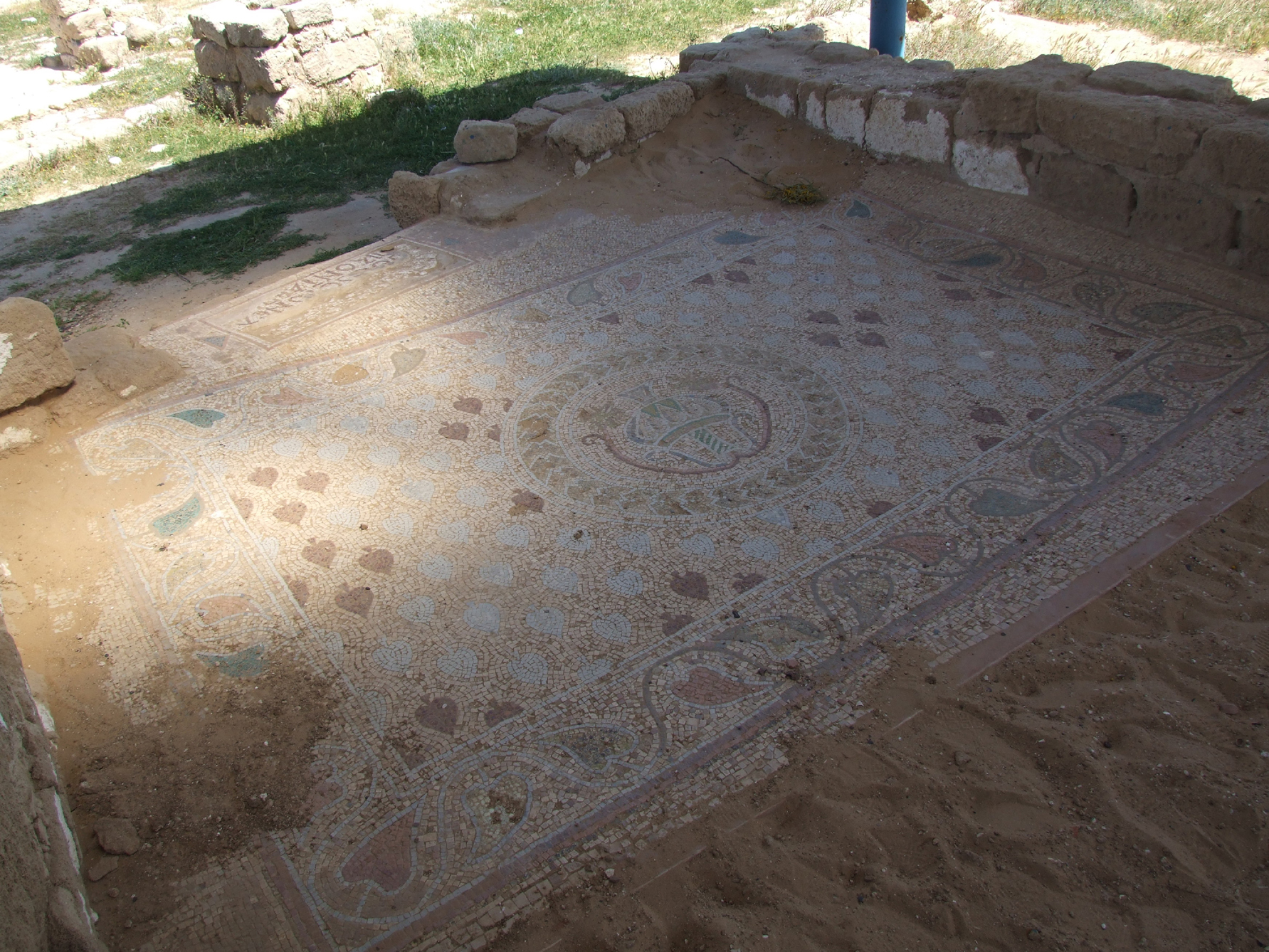 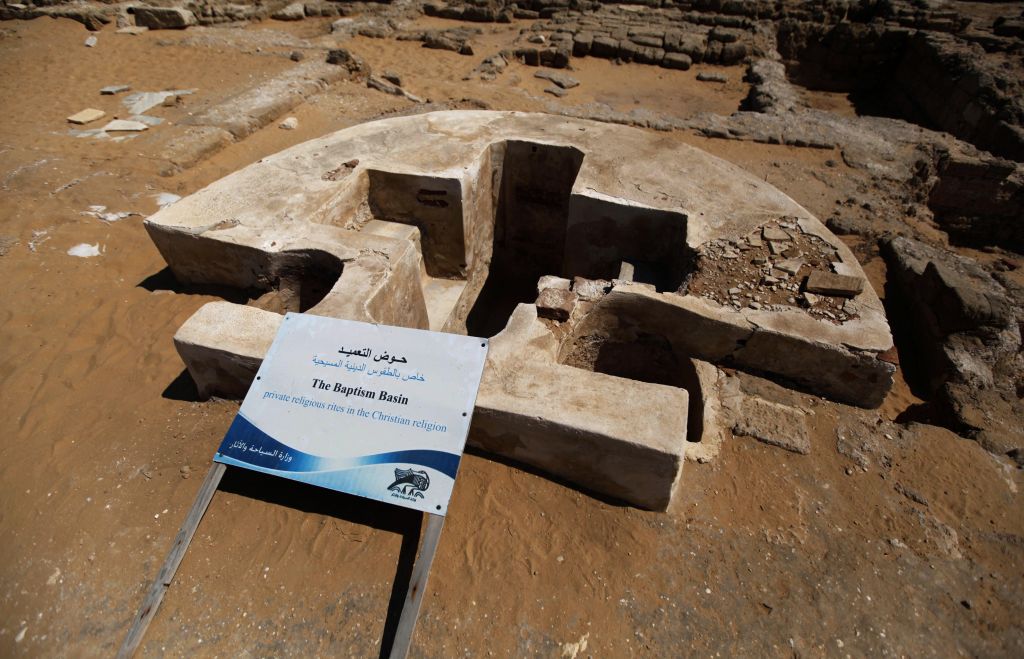 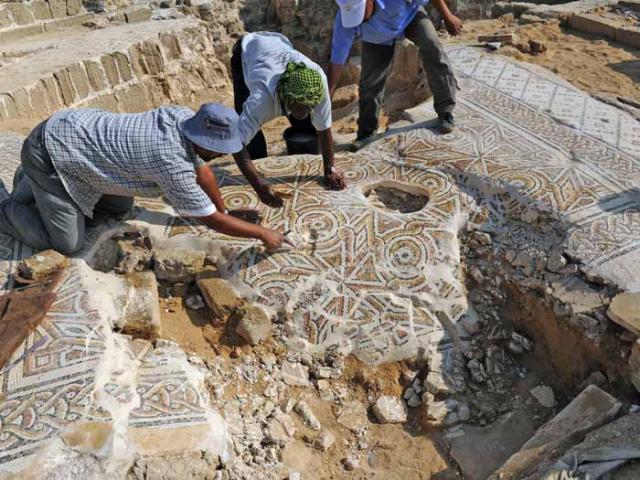 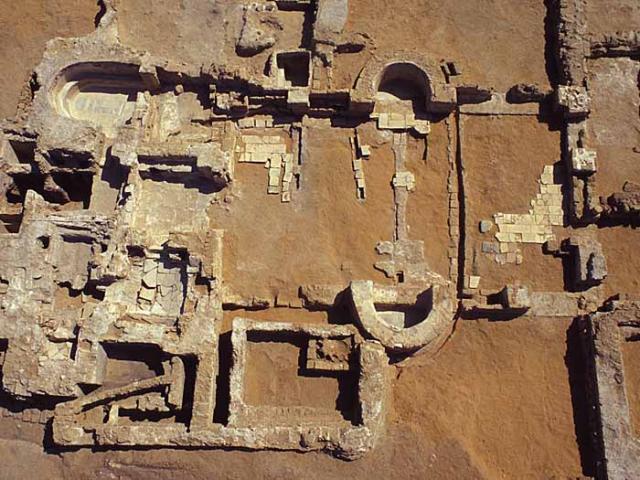 St. Hilarion Monastery is located on the site of Khirbet Umm Amir, at the top of a high sand dune about 15 km south of Gaza City, 3 km west of Nusseirat, and 300 m from the Mediterranean Coast. The ruins at the site include church buildings, a monastery (with chapel, baptistery, burial crypt, and monks’ cells), a hammam, and a wall encircling the complex.  Within the buildings, mosaics of figures and geometric designs adorn the floors. The Monastery’s name comes from the belief that the site was originally built by St. Hilarion and is also his final resting place.

The ruins located on the site are believed to date back to the 4th to 8th centuries. The site was first settled by St. Hilarion, a Gazan from the village of Tabatha who had converted to Christianity in Egypt, during the 4th century as a hermitage. After 30 years, the monastery had attracted over 400 monks and the buildings of the complex were added around the church. In 362AD the monastery was destroyed and St. Hilarion was forced to flee by the Julian the Apostate. Eventually the complex was rebuilt and the remains of St. Hilarion were buried there around 371AD.

In 638AD, after the Muslim conquest, St. Hilarion’s Monastery ceased to function. By the 8th century, the Umayyads had converted all of the buildings of the complex. It is believed that the hammam was added during this period. After a devastating earthquake, the site was abandoned and used as a stone quarry by the residents of the neighboring villages.

The site is currently undergoing archaeological excavation, which has unearthed many artifacts from its long history.