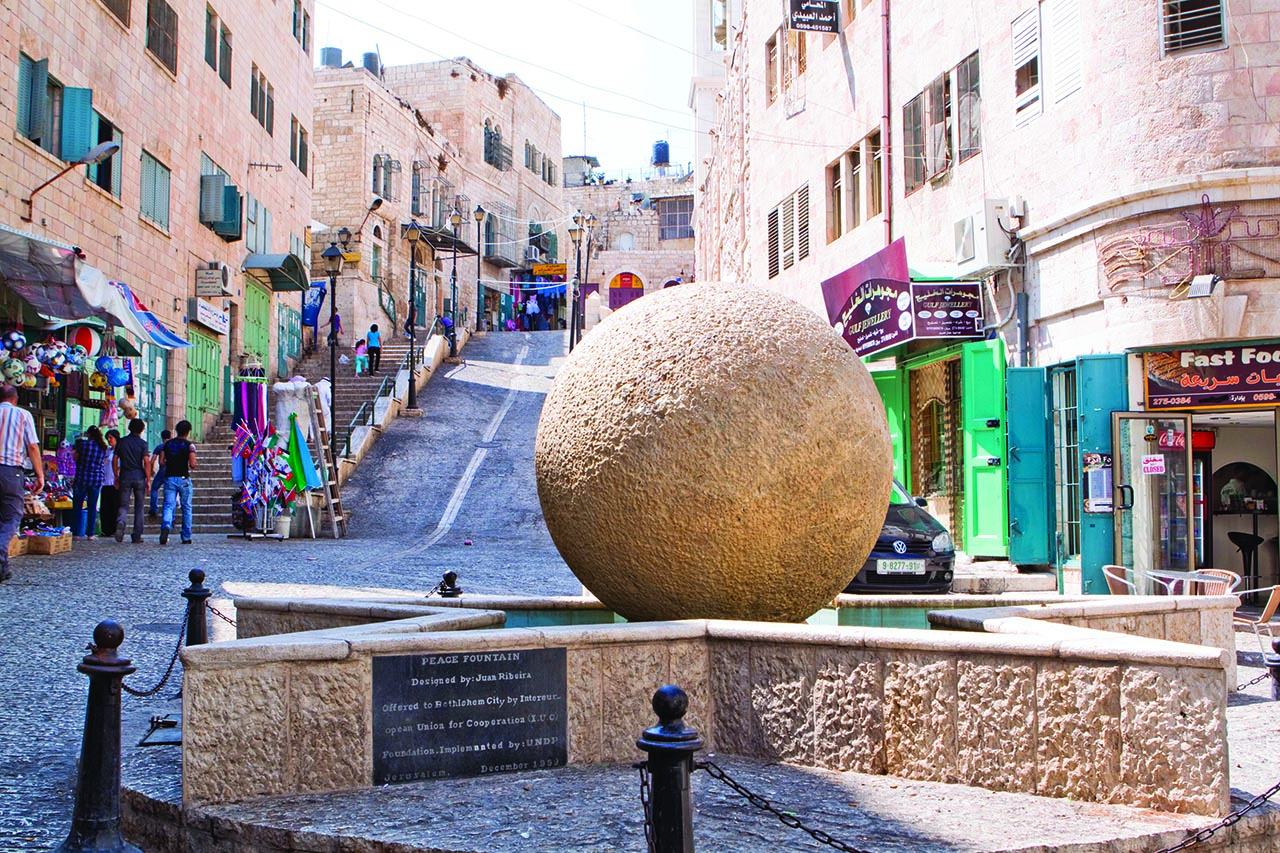 The traditional architecture of The old city of Bethlehem dates to the Ottoman period in Palestine (1515 – 1917) and is constructed over the remains of buildings from the previous eras. A stroll through the historic center of Bethlehem offers beautiful views of curvy stone streets, sometimes topped by rocky arches, and of domed houses with beautifully ornamented doors, windows, and smaller openings.
Some of the old residential buildings are still inhabited by the local Bethlehemite community, who are largely the descendants of the seven family clans that used to make up the original social fabric of the town. The old core of Bethlehem consists of seven historical quarters:

1) Al-Najajreh is the oldest of the town quarters and it is located west of Manger Square. It is named after one of the Arab Ghassanid clans that settled in the area.

2) Al-Farahiyeh is located along Star Street. It was named after a Patriarch, Farah (‘joy’ in Arabic). His family migrated from the Wadi Musa area, now in Jordan, and settled in Bethlehem after a pilgrimage.

3) Al-Tarajmeh (‘translators’ in Arabic) was established during the time of the Crusaders by families formed by French, Italian, and Spanish men working as translators for the Franciscan friars who married Arab women from Bethlehem and the surrounding area.

4) Al-Anatreh Quarter, situated south of the Church of the Nativity, was formed during the 400 year Ottoman era. It was initiated by a tribe who came from the village of Antar (meaning ‘brave’) near Herodium.

5) Al-Qawawsa was formed in the 18th century by Arab Christian emigrants from the nearby town of Tuqua.

6) Al-Hreizat was established north of Manger Square by a tribe from Um Tuba, a village just south of Jerusalem.

7) Al-Fawagreh was established by clans from the village of Fagur, after making an alliance with the tribes of Bethlehem not to pay taxes to the Ottomans in 1780.

Join one of our weekly talking tour of the Bethlehem Old Quarter.