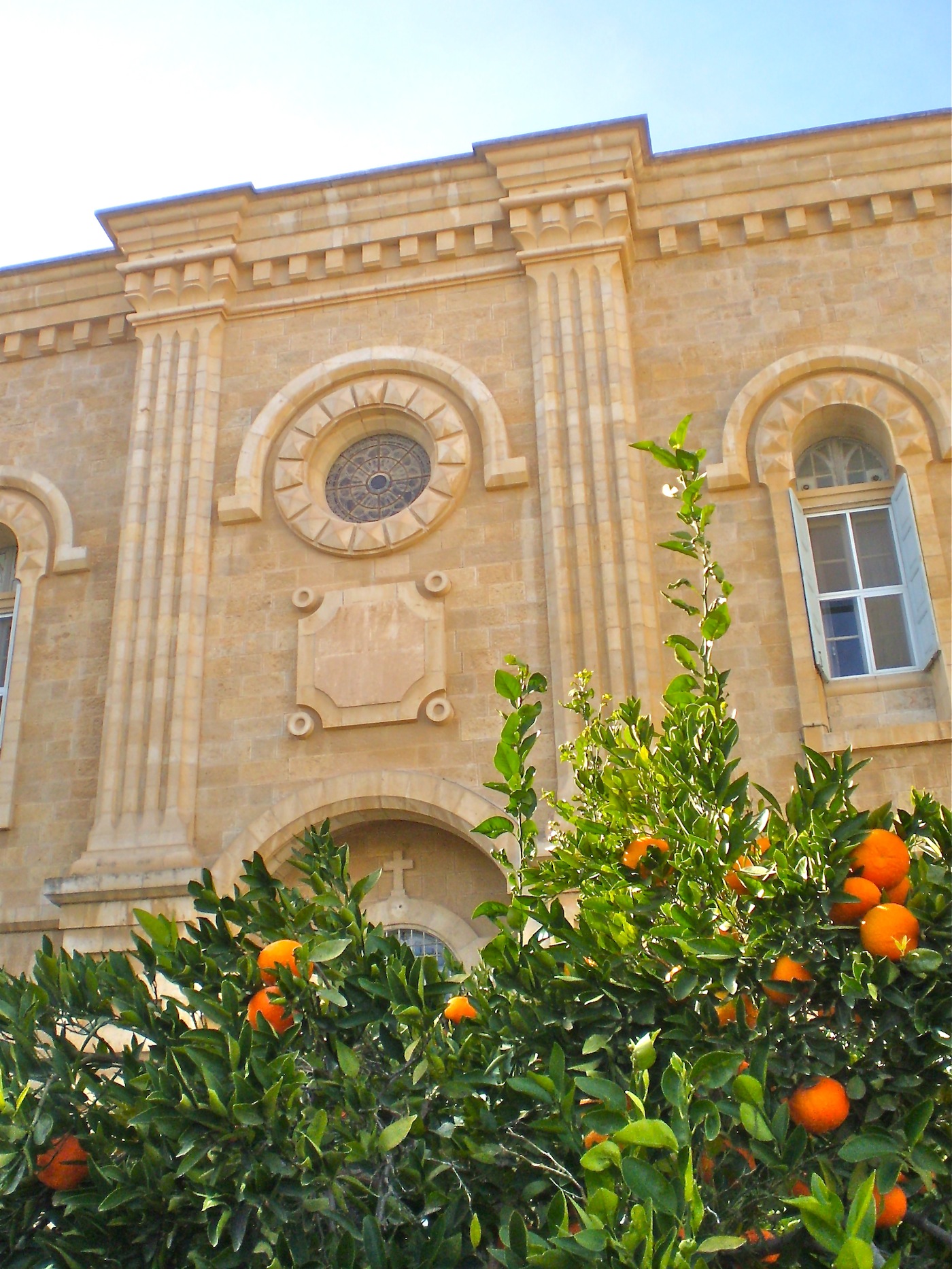 On August 20, 1875, ten Carmelite Sisters left their convent in Pau, France and traveled to Bethlehem, where they wished to built a new Carmelite Convent. Among them was a native of Palestine - Mariam Baouardy, St. Mary of Jesus Crucified, who chose the location of the convent on the Hill of David that faces the hill upon which the Church of the Nativity stands. She wanted the altar of the new Carmelite Convent to be located above the ‘Grotto of David’, where according to her, David received the royal anointing from Prophet Samuel. Currently the cave serves as a tomb for the Sisters.

Berthe Dartigaux, who accompanied the Sisters on their voyage, sponsored the Church and in May 1879 returned to Bethlehem to live with the community. The foundation stone was laid in 1876 and the Convent was inaugurated a couple of months later, while work on the building continued. St. Mariam died in 1878, before its completion.

The Carmelite Sisters live in seclusion. They spend their days in prayer, adoration, and meditation. They also take care of their beautiful gardens and create handmade works.

In the same complex is the Betharram Monastery of the Sacred Heart Fathers, which was built in 1878. The Convent also has a hospice where guests can stay.