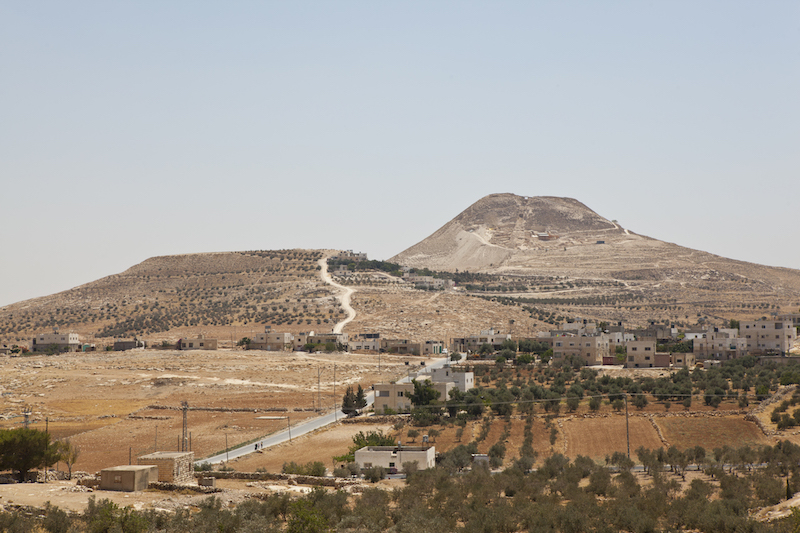 Located 10 km east of Bethlehem, are the remains of the magnificent palace of Herod the Great, the Herodion. Named after its builder, Herod, the palace was built in the end of the 1st century BC as a fortified castle with the palace inside. The Arabic name, Jabal Al Freidees is derived from the Arabic word “fardous” a word referring to the magnificent garden that was built at the foot of the hill. The Herodion was a lavish and luxurious palace in its day, with a city of round walls and a fort enclosing apartments, baths, and a beautiful garden.

The mountain on which the Herodion sits rises 758 meters above sea level and overlooks both Bethlehem and Jerusalem, along with a dominating view of the Dead Sea and the Judean Wilderness.

The site is known as one of Herod the Great’s most ambitious building projects. At the base of the hill, known as Lower Herodion, excavations have uncovered many remains such as the pool complex featuring a large uncovered pool that was actually fed by the aqueduct from the village of Artas near Solomon’s Pools. Also found were the remains of three Byzantine churches. Secret tunnels used for escape in case of danger were also uncovered. Complete bathrooms dating to the Roman times, churches, buildings, and other archaeological remains of successive eras, particularly the Byzantine, were also found.