Tulkarem, Irtah Village, and the Environs

Tulkarem, Irtah Village, and the Environs

The city of Tulkarem is located 15 kilometers east of the Mediterranean Sea, and 88 kilometers northwest of Jerusalem; it is accessible by public transportation from Ramallah or Nablus.

The hills of the city are between 55 and 120 meters above sea level and offer views onto the Mediterranean coastline. However, the city borders the Green Line and the separation barrier, which Palestinian citizens cannot cross without a special permit from the Israeli military.

Tulkarem, as many places in Palestine, has a long and rich history. The area was settled by the Canaanites in the third millennium BC, and their tombs have been discovered in the vicinity. It later became a Roman post called Birat Soriqa. Since then, the city’s population has flourished because of its rich soil and the availability of water.

During the Islamic period, the city was called Tor Al-Karm, “the mount of vineyards.” In the middle of the seventeenth century, however, the local pronunciation became “tul” instead of “tor,” and it has been known as Tulkarem ever since.

Under the Ottomans, Tulkarem gained importance as it became the capital of the region. The city’s beautiful old core dates from that time. Al-Saraya, an Ottoman governmental building, is one of the landmarks of the old city. The design of the building includes two floors and many rooms, with a roof that is structured with a number of domes. When the city was under Jordanian control, the building was used as the Tulkarem Municipality. Later on, it was divided in order to create two schools. In 1994, the second floor became a heritage center. 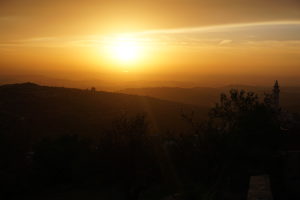 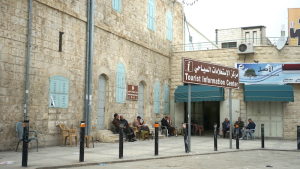 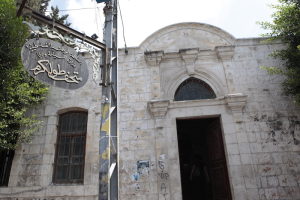 During Ottoman times, Tulkarem was a junction on the coastal railroad that stretched from north of Haifa to Cairo and a branch of the narrow-gauge Hejaz railway to Damascus. The Ottoman Tunnel (Al-Kharq) that can be found next to the town of Bala’a, located approximately nine kilometers northeast of Tulkarem, is a sample of splendid architecture. Nowadays, it can be crossed on foot and has sufficient lighting for walks.

Tulkarem’s interesting archaeological museum, located in the town center, offers insight into the area’s history and contains numerous artifacts from the Roman period onward, as well as Mamluk items that were discovered in the city’s cemetery in 2010.

There are two refugee camps located nearby. Tulkarem Refugee Camp is the second-largest refugee camp in the West Bank. Its refugees originally came from villages and cities in the Haifa, Jaffa, and Qaysaria areas. Nour al-Shams (the light of the sun) Refugee Camp is located at the eastern entrance of the city. The refugees in the camp originally came from villages around Haifa.

About 3 kilometers south of Tulkarem lies the village of Irtah, with the historical site of Khirbet Irtah on the southern side of the town. Sitting in the center of the ruins of Khirbet Irtah is a stone press for grapes that is paved with white mosaic. It is surrounded by square mosaics on all sides, and beside it are the ruins of numerous wells and caves. The most prominent and well-known historical building is the Shrine of Jacob’s Daughters (Maqam Banat Yaqub). The ground floor of the shrine is a Roman structure, and the upper floor dates back to the Islamic period. The shrine contains two rooms with two domes, and an outside yard that is reminiscent of Islamic architecture.