The town is the administrative center of the Tubas Governorate and home to approximately 17,000 people.

The site of the town has a long history that begins with its identification as the ancient Canaanite town of Thebez. Archaeological remains, such as cemeteries and olive presses, indicate that Tubas was also inhabited during the Roman times. The hills surrounding the town are topped with Islamic-era remains as well.

During the Ottoman rule of Palestine (late 19th century), Tubas was settled by the Arab clans from the area of the Jordan Valley, who turned it into a major town in the District of Nablus, well known in
the area for its timber and cheese-making.

Nowadays, there are six mosques  (e.g. Abd ar-Rahan Mosque, al-Tawled Mosque, Umar ibn al-Khattab Mosque, and Shaheed Mosque). There is also an Orthodox Church located in the northern part of the city, the Holy Trinity Orthodox Church, built in 1976 to serve the small Orthodox Christian community. 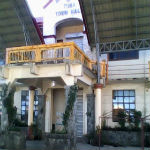 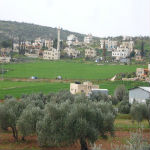