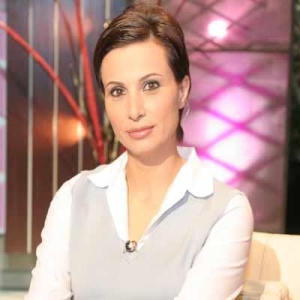 Farah Bseiso is a well-known actress in Arab TV networks.

She was born in Kuwait, and began his career in Syria. She graduated from the Institute of Performing Arts and participated in several Syrian series. She is married to an Egyptian man, the son of her uncle and has two daughters, and lives currently with her husband in Cairo. In addition to her work as an actress she is currently working as a broadcaster in the program (Kalam Nawaem) on MBC channel.